At the conclusion of the 2010 World Cup, Sepp Blatter, head of FIFA, stated that the 1st African World Cup, hosted by South Africa, was the best ever. The world and many South Africans experienced "surprise leadership". We surprised ourselves with the construction of our world class stadiums, our sense of national unity and our excellent hosting. 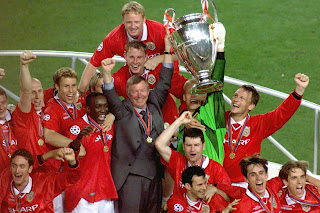 JOURNEYING TO A LIFE OF EXCELLENCE.

In a sea of mediocrity, excellence is a rare but valued commodity. The leadership mindset appreciates excellence. The value of excellence resonates with leaders because they inherently
sense that if something is worth doing, then it is worth doing well. When leaders encounter excellence in some context, then they are inspired to pursue excellence in their own sphere of influence.

This is what happened to Alex Ferguson. As a player and a young coach, he experienced the excellent managerial leadership of coaches such as Scot Syman, Jock Stein and Bill Shankly. They were his role models and he in turn produced excellent leadership in his 8 seasons at Aberdeen. When he took on the Manchester United job, Alex Ferguson was already steeped in the mentality, ethos and culture of excellence. His 26½ years and 38 trophies at Manchester United are a testament to his leadership acumen.In the latest edition of World Soccer, Sir Alex was voted as the best manager of all time by an esteemed international soccer journalists and experts. A huge and richly deserved honour.

AN ARTFUL FORM OF LEADERSHIP

Inculcating a culture of excellence is a long term, artful form of leadership. AS stated, Sir Alex arrived at Manchester United with the correct mentality and determination, but he still needed to achieve excellence. The challenges of the journey from mediocrity to excellence entailed serious culture change, remaining committed to his own ingrained values and working to align all the stakeholders at the club behind his vision. Alex Ferguson paid his dues. The first 4 years at the club were tough as he was putting in place the building blocks to ensure long term health and the ability to consistently challenge for various honours season after after season.

Excellence meant organizing an effective youth structure which constantly fed quality players into the senior team, gradually developing the team into his image, ingraining the ability to bounce back from demoralising defeats, having the mental energy and the steely character to challenge for league honours. Above all, excellence meant practicing well-developed man-management skills. 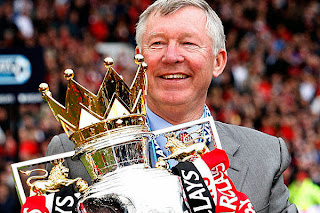 a) Leading with excellence needs to take a long-term view.

b) You may have to "pay your dues" first and endure organizational mediocrity before being in a position to inculcate a sense of excellence.

c) Do not just accept mediocrity - excellence is worth striving for - it resonates with our deepest values.