BEING SHAPED BY CIRCUMSTANCES

Nelson Mandela - in an interview with Oprah Winfrey in 2001 said:

"If I had not been in prison, I would not have been able to achieve the most difficult task in life, and that is changing yourself"


Nelson acknowledged that his time in prison shaped him into a leader in a way that no other environment could have done.Leaders are on a life-long journey to become the 'complete article' as leaders. Along the way, they are molded, carved, fashioned and defined by the many experiences which together crystallize the steel, the back-bone which  will often  characterise that leader for the rest of their lives. As shared earlier in this series, these types of circumstances/experiences are called crucibles : life-defining experiences which sears deep character-forming competencies into the leader sears deep character-forming competencies into the leader. 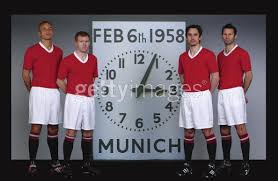 Sometimes that event is experienced within the context of an organization and when the individual buys into the heart and soul of that organization, that individual experiences the impact of the crucible on a secondary level. This happened to Sir Alex Ferguson at Manchester United. On 6th February 1958, 8 members of the Manchester United team of that era died in a crash which has come to be known as the Munich disaster.As these players were not only stars of  Manchester, but of the English national team as well, this turned into a national tragedy. Over time, this tragedy has come to shape and mold the identity of Manchester United, it launched the brand that is Manchester United, it carved a football club into a worldwide phenomenon. Munich symbolizes painful shared memories, the loss of a uniquely gifted generation of players, and has become a powerful focal point of rememberance to the unrealized potential of the lost. It has been a source of galvanization for all those associated with Manchester United.

The key issue of this tragedy has been in the nature of the comeback. The club recovered, rebuilt and resurrected itself. This ability to pounce back, to land on it's feet, to gather it's resources has been ingrained into the the DNA of the club.


All our circumstances offers us the opportunity to change, to grow, to be stretched in ways we would not choose for ourselves.By navigating these experiences well, we can not only learn invaluable lessons of adapting and surviving but by learning to thrive in these circumstances our inner core of steel, capacity, resilience and hardiness is sharpened. A key example is that of MalalaYousafzai, the young Pakistan girl who was shot as a 14 year-old when she campaigned for the rights of girls to have education. In July she spoke at the UN Youth Congress on her 16th birthday to 1000 student leaders from 100 countries.A wonderful example of a crucible. 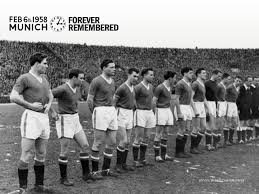 a) A crucible is a serious reality check of your depth of character.

b) A crucible can have a major impact on your self-definition before embarking on a key leadership role.

c) The crucial factor is the nature of the comeback.

d) A crucible is essentially what you make of it.

coachlouw
Posted by Unknown at 11:21

Email ThisBlogThis!Share to TwitterShare to FacebookShare to Pinterest
Labels: being shaped by circumstances, leadership, leadership development